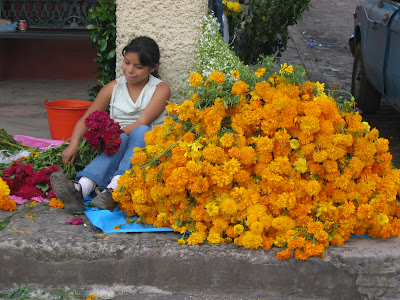 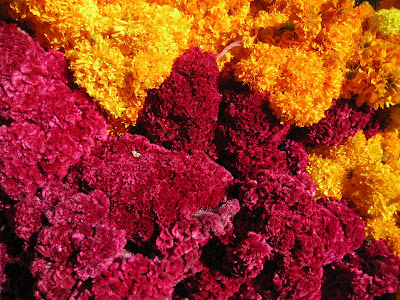 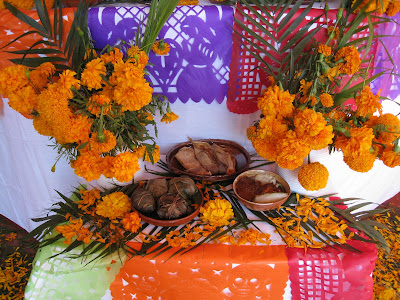 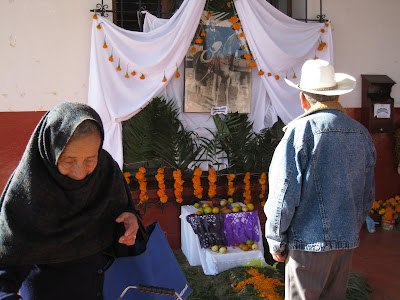 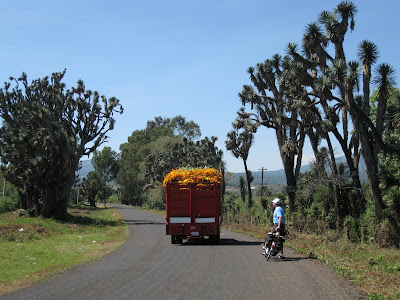 Cempasuchil is the flower of the dead. The markets are teeming with heaps of giant marigolds waiting to adorn the altars or "ofrendas" to loved ones who have passed on. Ofrendas will also consist of photos of the dearly departed, fruit, drink, bread, and sweets along with objects used by them in their daily life. People start to prepare altars in their homes, schools, and work place several days before the actual event.
Posted by Alexandra at 7:03 PM No comments: 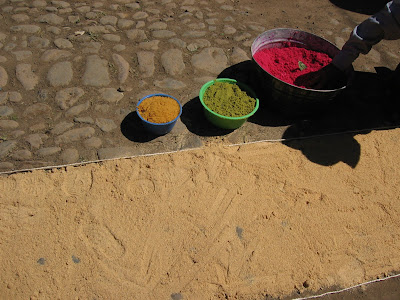 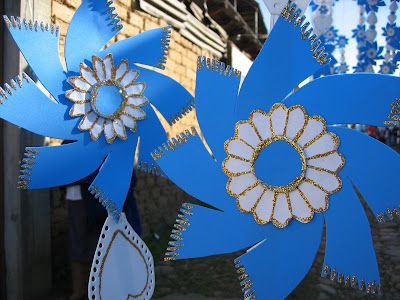 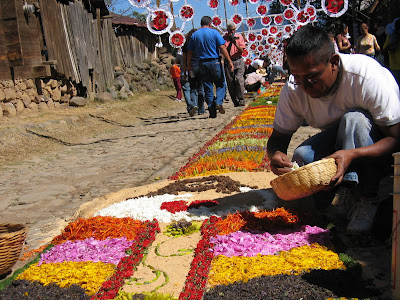 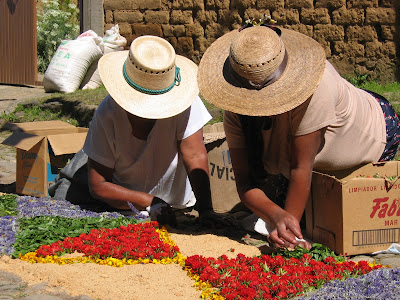 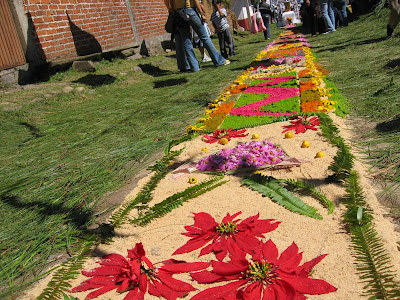 On the last Sunday of every October the tiny village of Patamban, Michoacan celebrates the festival of Cristo Rey. People come from far and wide to watch the village build their fresh floral and coloured sawdust carpets over the cobbled route that the saint will travel in the hands of the priest. The timing wasn't quite right for us this year, but the spectacular memory of our last visit is still fresh in our minds.
Posted by Alexandra at 6:26 PM No comments: 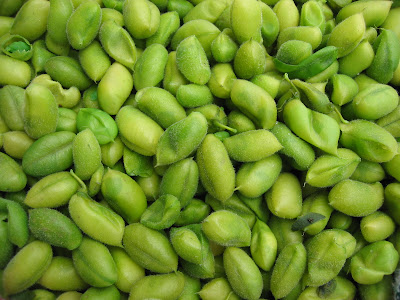 The electrifying green of fresh garbanzo reflects the verdant carpet that winds itself amongst the display of wildflowers that spray the roadsides of michoacan state with pulsating life. Sold in makets and busy street corners, garbanzos come boiled or grilled and covered in the holy trinity of mexican flavour enhancers: salt, chile and lime. After your first taste of fresh garbanzos you won't be able to resist and you will quickly sport the mark of the fresh garbanzo. Proceed with caution and be within reach of soap and water before you dig in.
Posted by Alexandra at 6:06 PM No comments: 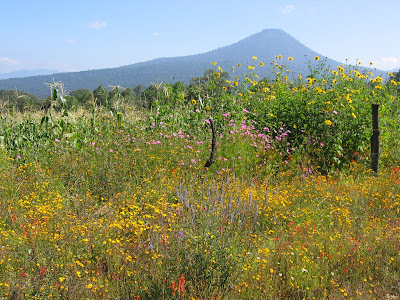 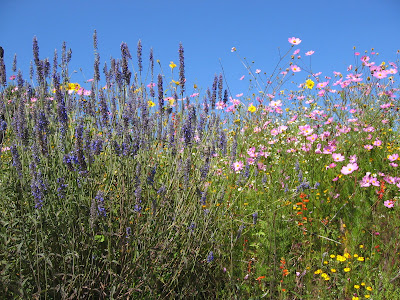 Every fall we escape the cold of the north by heading to Mexico to begin our new touring season with Bike Mexico. Over the years, I have come to count my years in terms of touring seasons. Having been north to spend a few months resupplying on gear and gizmos, we arrive in Mexico with a mess of shiny new stuff and some slightly improved reflections on Mexico, bike touring, and life in general. It only makes sense to me that what follows is a new year.

It is a confusing time, however, because even though the calendar is drawing to a close and our hemisphere is gearing down for winter, it is also post-rainy season, which means that the Mexico that I have come to know and love is ablaze with endless wildflowers and shades of green. Having grown up in Canada, a green landscape stuffed with wildflowers means summer is coming. In Mexico, it means just the opposite, instead of giving way to summer, it gives way to fall and, in Mexico, along with fall comes one of Mexico's most beautiful celebrations: Dia de los Muertos.
Posted by Alexandra at 12:51 PM No comments: