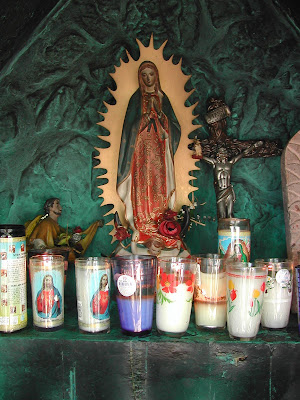 It was the seventh time I had called this hotel over a series of days, and the unhelpful young voice was not telling me what I wanted to hear. "You have to speak to Jesus to make a reservation for those dates". Previously nobody had answered the phone, and now I had someone on the line who wasn't equipped to make any decisions. This is not so uncommon, but, with enough persistence I usually get what I want. I tried to get around the need for me to have to personally speak to Jesus, but this voice wouldn't budge. At least I had the name of the absentee decision maker. "Okay, so when is Jesus in?" "Friday" she said and she hung up. I wasn't hopeful.

Four days later I made the indicated call to Jesus. This time a different reluctant voice told me that, "nobody knows where Jesus is as he has no fixed schedule". "Does he receive messages and call people back?" I suggested. "No" she scoffed and then agreed that I definitely needed to talk to Jesus to make a reservation. I was at an impasse. Exasperated, I sighed louder than I meant to and hesitated as I searched for the right words to move towards a solution, but my mind was blank. To get rid of me, she suggested that Sunday might be a good day to find Jesus.

On Sunday, I picked up the phone prepared to talk to Jesus. This time a much more confident voice gave me the bad news of Jesus' absence. I told her my story and she remembered us and our crew of strange bikes and cyclists. She offered that if I were to call back the following day, she would be able to tell me if she could hold some rooms for us. A little hopeful, but also wary, I asked for the name of the person willing to take ownership of my developing problem. "I'm Guadalupe" she brightly answered.

How many times a day do I see images of Guadalupe, the patron saint of Mexico? She's on everything from towels to tattoos. She's in the market, on the bus, in the park, by the side of the road, on the wall outside the butcher shop. She's cut into tissue paper and strung decoratively about the streets. Heck, she's painted into hillsides. She's everywhere, and the next day, when she confirmed our room reservations, I was not surprised to be saved, not by Jesus, but by Guadalupe.
Posted by Alexandra at 4:18 PM