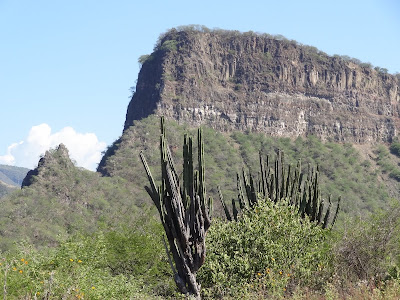 It was at the end of our first day that our love affair with burritos began. Having pushed harder than we should have and riding well into the night we arrived to a plate sized burrito stuffed with everything in the kitchen. The burritos that followed were never quite the same, but plenty tasty for different reasons every time. 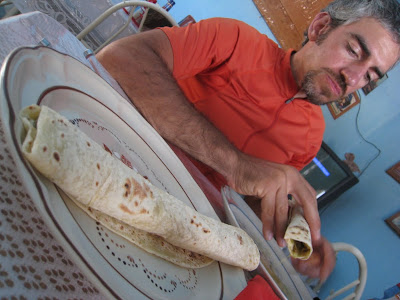 Down the road we met the town of Teul a pretty, proud, and much forgotten about pueblo magico. Tucked away between meandering state borders, many dirt roads, and rather isolating canyons and mountains this region flies somewhat under the radar of the authorities which makes it choice turf for moving illegal merchandise. Unfortunately, there have been some flare ups over who controls the area. The locals say everything has calmed down now, but poor public perception will hang on and keep even local tourists away for a long time. Walking the streets, it's tough not to be influenced by local pride in who they are and where they are from. For us the real find were "gordas de horno en hoja de roble" aka corn dough, cheese, and strained yogurt baked on an oak leaf in a wood burning oven. 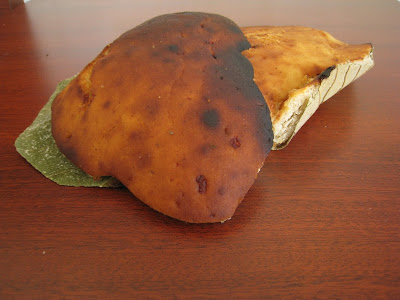 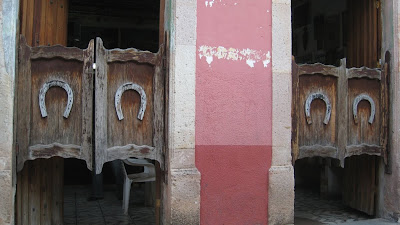 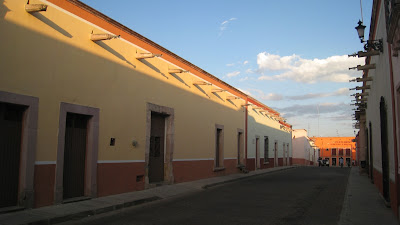 And then gorditas took front and centre stage. Chubby little corn or wheat disks patted into shape and then jammed with any variety of stews. It is tough to not stop at every roadside stand to sample each woman's rendition of carne deshebrada, picadillo, mole, or just plain and simple beans and cheese... 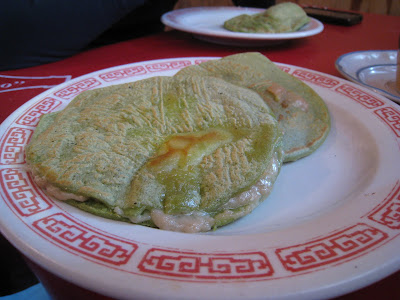 Posted by Alexandra at 2:18 PM